Since I live in Ottawa, most of my rides are on Ottawa Chapter routes, but I fortunately have relatives scattered throughout southern Ontario – and a son who plays competitive baseball – so we end up travelling the 401 quite a bit. With this in mind, knowing I’d be in the Windsor area in August, I booked a permanent ride.

I began the ride at 6:00 am and rode in darkness for about half an hour. The weather was quite cool for August, and the winds were gusty which is why there are so many windmill generators there. The ride started out gently enough going east along Lake St. Clair and then dipping south towards the first control in Tilbury. This is farm country, pure and simple. But that changed as I approached Lake Erie.

Following Lake Erie west along the Talbot trail, there was something fishy in the air, and the route takes you through the commercial fishing areas around Wheatley. I was keeping a good pace at this point and didn’t find the wind too troublesome. Fortunately, the showers that had been forecasted had held off and the roads were nice and quiet.

The route through the Hillman Marsh conservation area was truly magical. Bull rushes on each side of the narrow road gave me the sense of riding through a thicket. It was very quiet here with few cars… just the sound of the birds and my machine. The route then headed north through Leamington and here, my progress really slowed down due to construction along the main road. And traffic lights. And lots of activity. Pulling out of the city and heading towards Kingsville, there was a detour set up around Colasanti’s greenhouses (if you have never been here before, you must try their broasted chicken and home-made donuts!). Fortunately, the detour didn’t affect the route, so I carried on into next control in Kingsville where I stopped for lunch.

The route from Kingsville to Amherstberg followed the Heritage trail, and here the industry changed again to vineyards. I also rain into some showers at this point but nothing too drastic and the wind continued to be a non-factor. This is very pretty countryside, full of vineyards and orchards and BnBs. Traffic had picked up a bit, especially as I approached Amherstberg and the next control.

After a Timmies, I got back on the road and from here to the end of the route, I had heavy industry and lots of traffic and construction. But I also had a tailwind as I shifted north towards the border crossing. The view of Detroit from the Canadian side is quite remarkable, and the industrial complexes associated with the auto industry were massive. The route carried me through Little Italy in Windsor and then I headed west again towards the end control. I did notice the truck traffic at a complete standstill on the Ambassador bridge which I understand is quite normal.

I finished the ride in 10:33 and felt quite strong at the end. I had been expecting a lot more wind but it didn’t affect me as much as I thought it would…bonus!

All in all, this is a really well-thought out route. It covers all of the main industries of Essex county from the farming to fishing, wine-making, heavy industry, birding and tourism. I look forward to riding this again. It has quickly become one of my favourite routes. 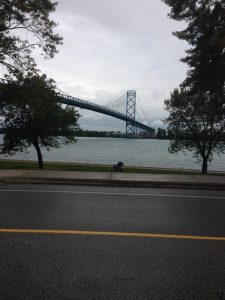 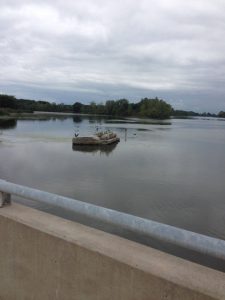 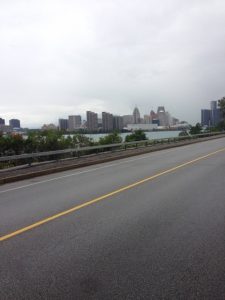 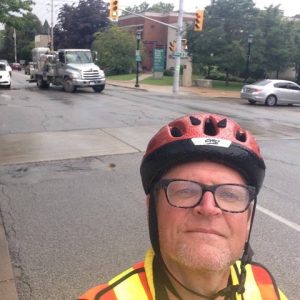 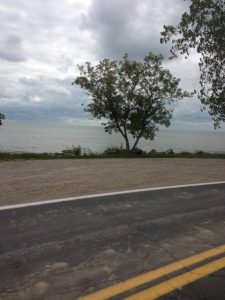 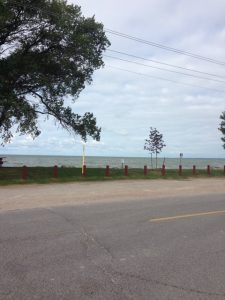