I was in Guelph over the weekend and had a chance to ride a permanent on Saturday, so I chose the Bits n Pieces 200 for my ride. The RO site claims about 2000m of climbing here and I was doing the Knute Rockne thing about working on my weaknesses until they become strengths (hills), but in truth I just wanted to ride, take some pix and see some new sites.

The ride started out with a slight tailwind. Construction immediately on Eglinton Ave (repaving) but nothing my 700x38s couldn’t handle with ease. The road towards the escarpment was the same route that the motorcyclists would be taking on Sunday as part of their ride for dad program. I was surprised throughout my ride at the number of other cyclists on the roads… pelotons, soloists, small groups…it was fun to see.

Coming off the escarpment on Appleby Line there was a detour around some construction. I had to add about 1.5km extra km to the ride. The hills themselves going up to the first control at Erin were challenging but not extreme, although I hit some gravel patches around this conservation area near Erin. The challenge I seem to be having on my rides this year is eating. I just don’t feel like it, but if I don’t, the consequences can be disastrous.

Several coffee shops in Erin were filled with cyclists. It was great to see. More hills out of Erin but I was (for me) making some good progress. Stopped several times to take pix and just enjoy the day with its bright sunshine, gentle breeze and beautiful scenery.

But as I came up to the Mohawk Raceway and Slots, the traffic became really busy and the road has no shoulder to speak of. I eschew these types of roads so I ended up riding on this faux-sidewalk which was adventurous on its own!

Ice cream at Campbellville seems to be the thing to do. So many little ice cream shops around and people enjoying the weather. I had one, chillaxed in the shade for a bit, then got on the bike for the last leg.

There was an accident at an intersection along the way… no one hurt apparently but the cars were destroyed.

More hills along the way but then I found myself on the downside of the escarpment again and was rewarded with a sweet downhill glide.

There are some winding dips and climbs along Lower Base Line Road, and on the way to the finish, I saw firetrucks up ahead along one of these tight sections. Do Not Cross tape was throughout the area and from what I saw, it appeared a car – maybe 2 – had lost control and hit the guardrails. One apparently went off into the bush. A grim reminder of how dangerous some of these winding roads can be.

I rolled into the finish just under 12 hours, thoroughly satisfied with this ride and happy with my day on the bike. The best rides I’ve had to date are those where time is not the goal. Some day, I may sponsor a “Lanterne Rouge” award for those that take the max time for a ride. 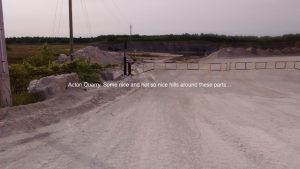 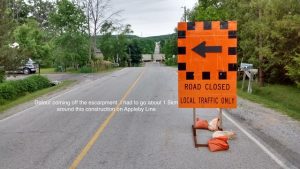 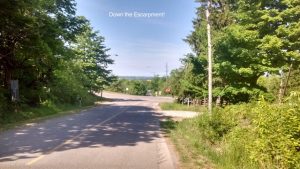 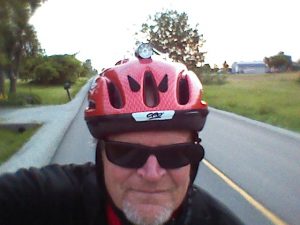 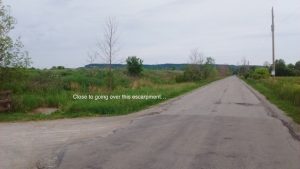 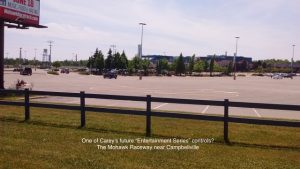 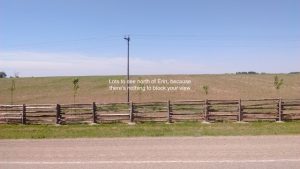 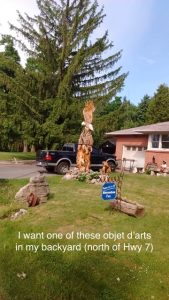 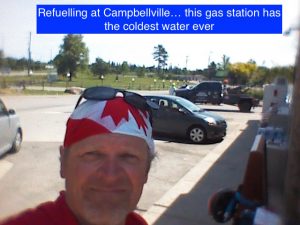